Visitor's Guide to the Aquarium of the Pacific

Overview:
The Aquarium of the Pacific is located in Long Beach, CA on Rainbow Harbor and is one of the largest aquariums in the world.  The Aquarium features a collection of over 11,000 animals representing over 500 different species in various exhibits ranging in size and capacity.  The exhibits showcase inhabitants and seascapes of the Pacific Ocea, with the the focus of three major permanent galleries, the frigid waters of the Northern Pacific, sunny Southern California and Baja and the colorful reefs of the Tropical Pacific. 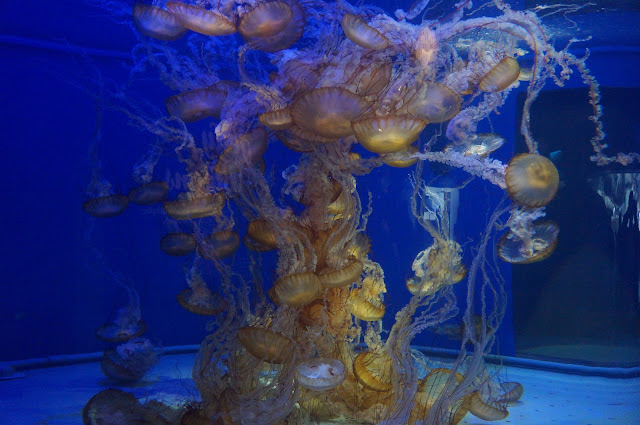 Plan Your Trip:
The Aquarium of the Pacific website has some great information about all of the exhibits showcased at the aquarium, as well as a nice Visitor's Guide that you should familiarize yourself with before your trip.  I always like reviewing the layout of the exhibits and having a plan of how we'll be going through the attractions. 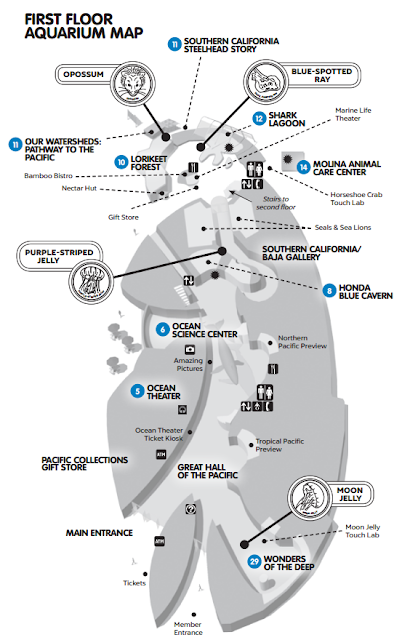 As you walk in, you'll be greeted by a large expansive area.  Note that you'll have the option of getting your picture taken that will available for purchase as a souvenir at the conclusion of your trip. 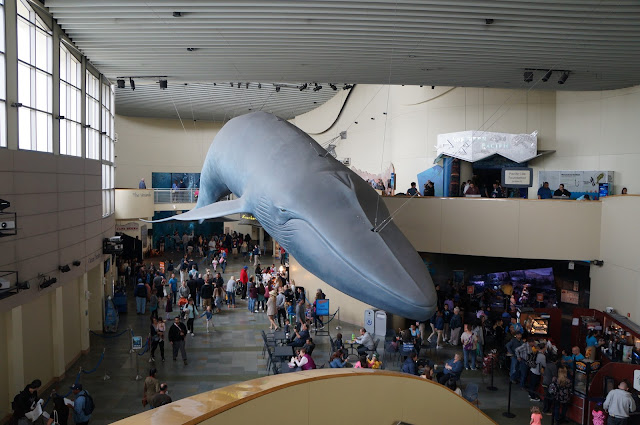 The three main exhibits include:

Next is the Amber Forest exhibit, which replicates a Giant kelp forest with Garibaldi, California scorpionfish, and other representative organisms.  And lastly, the Gulf of California exhibit houses Cortez rainbow wrasse, Mexican lookdowns, Porcupine fish, and many other creatures. 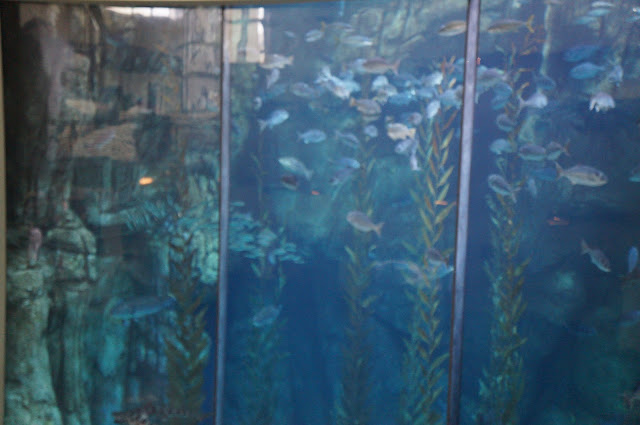 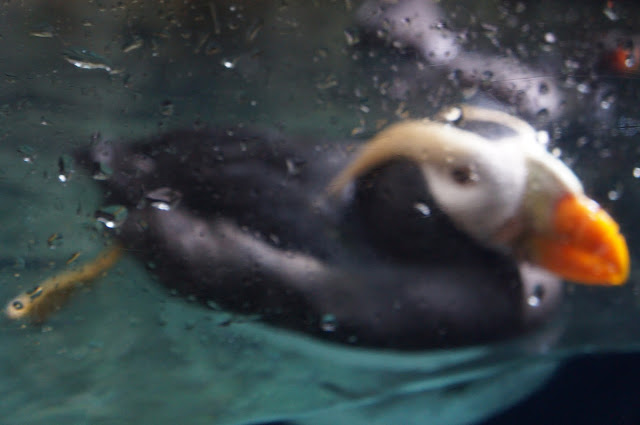 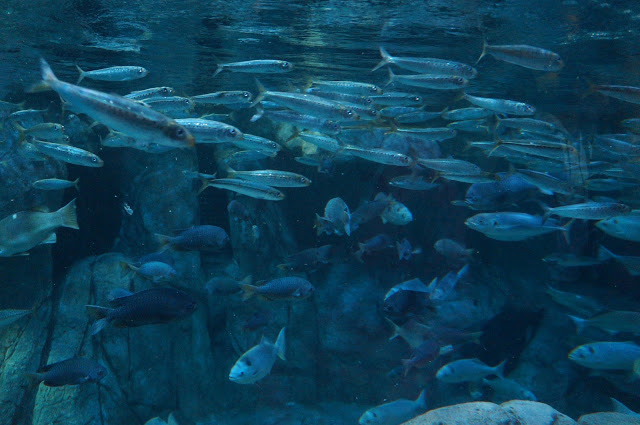 Other species on display include spider crabs, jellyfish, and sea anemones. 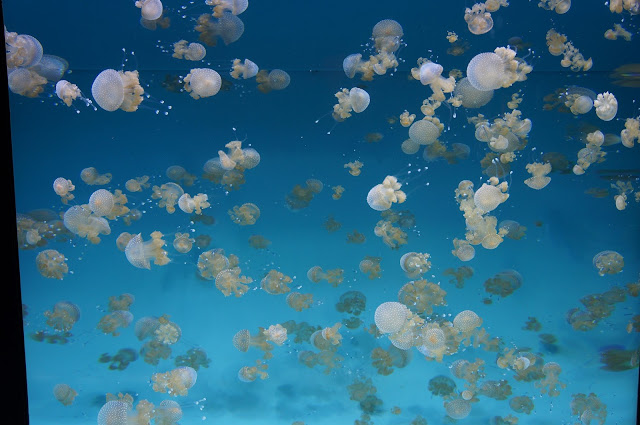 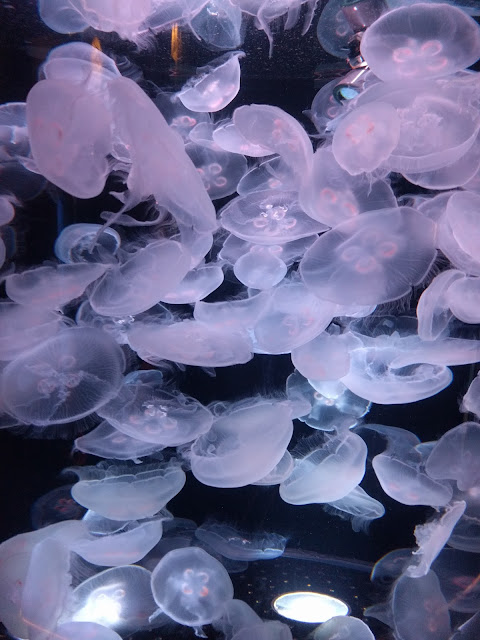 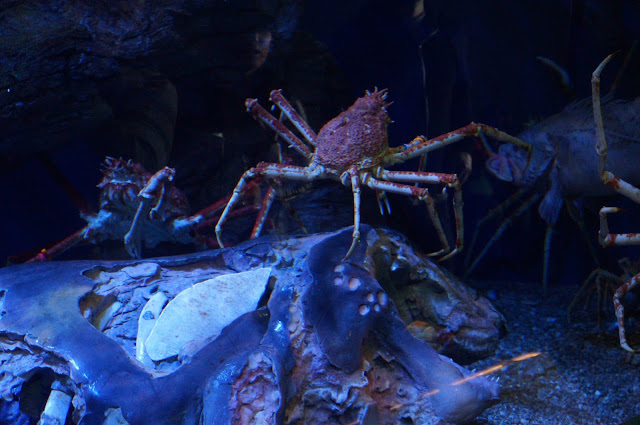 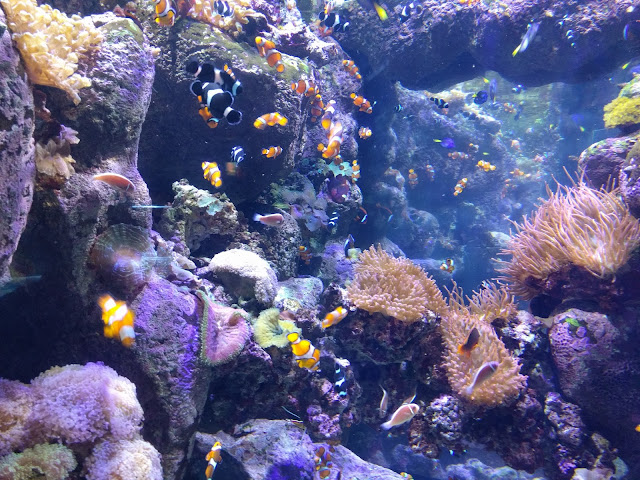 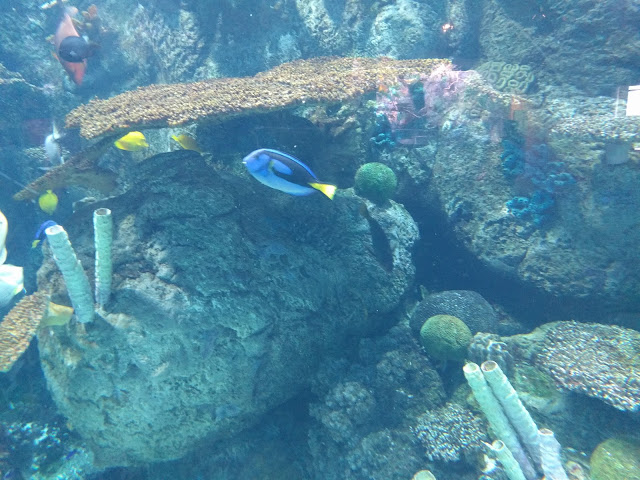 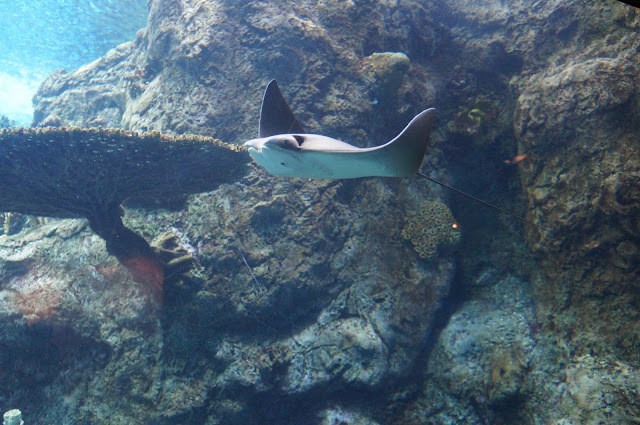 The Lorikeet Forest walk-through aviary houses five subspecies of rainbow Lorikeet. Guests have the opportunity to feed them small amounts of nectar for a fee. 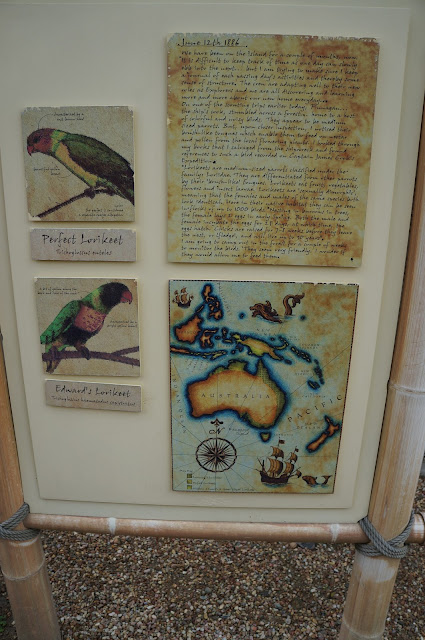 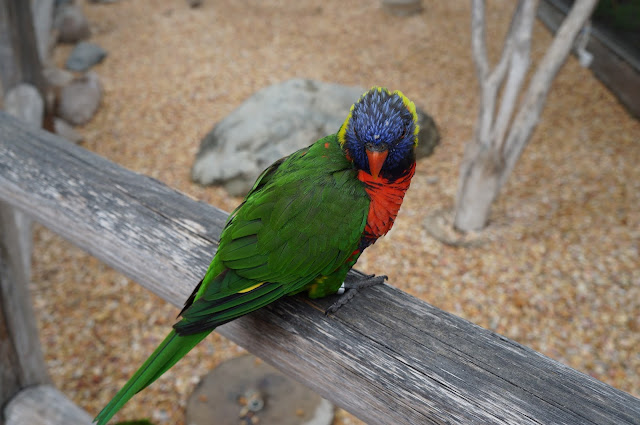 An underwater crawl-in space allows guests to view the penguins from within the tank. 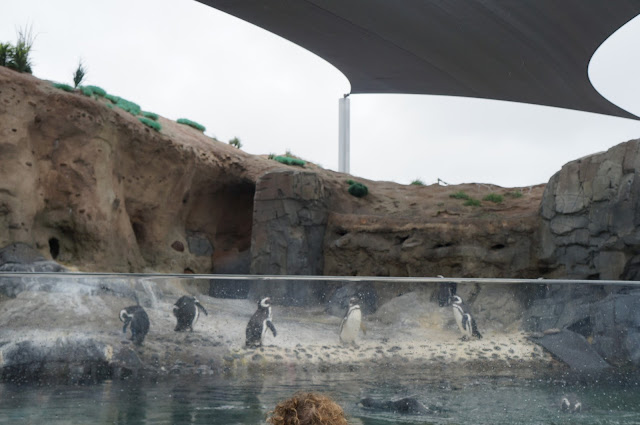 Future Expansion
The Aquarium of the Pacific, which opened its door in 1998, has announced plans for major expansion called Pacific Visions, a new 29,000 square-foot, two story sustainable building that will become the new focal point of the institution. 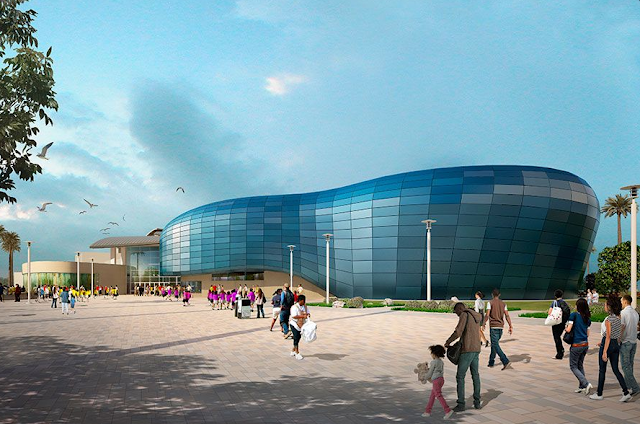 Tips on Maximizing your Experience Here:

Some general information about the aquarium:

Hours: The Aquarium of the Pacific is typically open every day of the year, except Christmas Day

I would recommend checking the following options for saving money on tickets:

Option 1:
Check the Aquarium of the Pacific website for deals or packages available on tickets.  If you're planning on visiting other attractions nearby, package ticket deals are available from the aquarium website

Option 2: Consider the Go City Card Los Angeles
You can buy a multi-day pass to multiple attractions around the Los Angeles area or build your own pass and save a minimum of 10-20%, when adding at last two attractions to your pass. 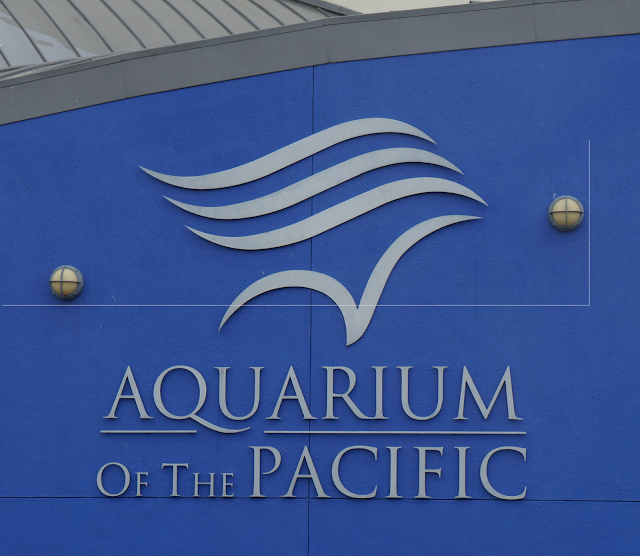 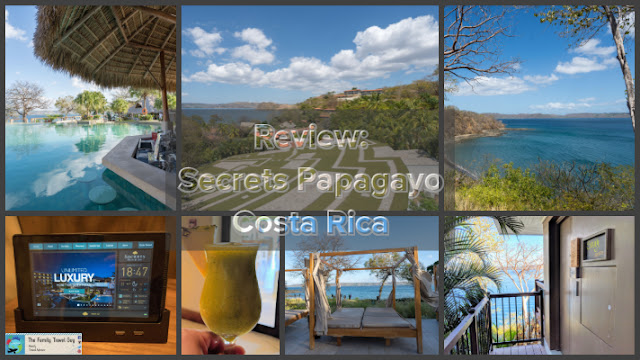